The Cancer Diary: The End

On a side note, Max made a decided turn for the worse the last two days. The Hospice nurse and social worker stopped by to see him and tutor me in end of life issues. They told me Max was in “transition,” Hospice-speak for on the way out. The end is near…just days to weeks away.

Now I must prepare for his death and watch as he slowly fades away. He sleeps most of the time, shows little interest in food and breathes irregularly. It is a solemn, but stressful time. I had begun to think about the time after caretaking when my son sent me an article today from the NYTs. It’s not over yet, but it’s not far in the future. It helps to know what others have gone through. 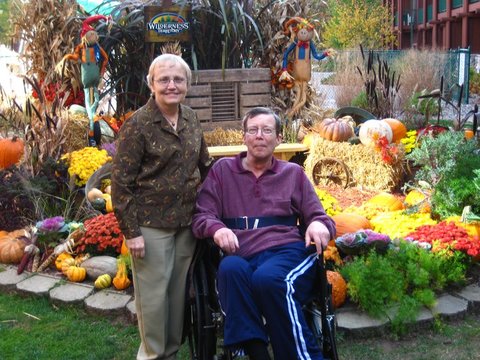 In January, the 93-year-old mother of my oldest friend died in a Chicago suburb. Suzy was exceptionally close to her mother, and had long dreaded saying a final goodbye. But when it came time to do so — after a year in which her mother struggled with illness and increasing disability — my friend was surprisingly at peace.

I found myself thinking about the aftermath of caregiving, and what Suzy’s life would be like in the months and years ahead. And, as I did so, I saw a question repeated several times on the caregiving blogs I look at each day: “Is there life after caregiving, and if so what it is like?”

Of course, there is no single answer to this question. It depends on so much: a caregiver’s circumstances and emotional temperament, the nature of his or her relationship with the person being looked after, the demands that caregiving imposed, the resources available, and the way a loved one’s final chapter unfolded, among many other factors.

As I thought about this, I came across a Web site, www.aftergiving.com, on this topic and reached out to its founder, Denise Brown, who also runswww.caregiving.com. She put me in touch with former caregivers willing to talk about their experiences.

Their stories, which I’ll relate in this and a future post, focus on the years immediately after caregiving ends, when many people grapple with an altered sense of identity. This is only one stage of life after caregiving, which can go on for many more years, with other twists and turns along the way.

Sharon Vander Waal of Oostburg, Wisc., hadn’t noticed that her husband Wayne was dragging his leg when he went to the doctor for a checkup in mid-2006. But the doctor did, and after scans, an examination by a neurologist, and a second opinion by a specialist at the Mayo Clinic in Rochester, Minn., Wayne received a devastating diagnosis: multiple systems atrophy, a neurological disease that resembles Parkinson’s but progresses more rapidly.

If that wasn’t enough, several months later a doctor told Ms. Vander Waal she had breast cancer, and she embarked on an eight-month round of chemotherapy, surgery and radiation.

Ms. Vander Waal describes the four-and-a-half years that she looked after Wayne as a “scary and overwhelming process.” The disease affected “pretty much everything,” she said — Wayne’s coordination, his walking, his swallowing — and by the end he could do very little for himself. Looking after him and managing the inevitable medical crises occupied her full-time attention.

After her husband’s death in January 2011, Ms. Vander Waal’s first feeling was relief, mixed with grief. But then unexpected feelings arose.

“All the emotions I had kept bottled inside came out — all the sadness and regret over what had happened,” she said. While she was a caregiver, her overwhelming feeling had been, “I need to be strong for my husband;” now she felt her own vulnerability, which had been off limits before.

At the same time, profound fatigue descended, interrupted by flashes of guilt. “You feel that somehow you should have been able to control the uncontrollable, which is illogical, not rational thinking, but you can’t push it away,” Ms. Vander Waal said. For her, faith was a refuge from those feelings, along with her insight that, “I’m just a weak vessel who tried to do what I could but it was out of my hands.”

The time after caregiving became a “time for reflecting,” Ms. Vander Waal, now 65, said. “Where was my place in the world? I was no longer a caregiver; I was no longer a wife.” That led to a realization that she missed helping others, which in turn led to a decision to volunteer once a week at a local respite program for adults with mild and moderate dementia.

“In the beginning, it was a connection with my past and with Wayne,” Ms. Vander Waal said. “But it’s become a joy and I’ve come to realize that, for me at least, once a caregiver always a caregiver.”

Courtesy of Darren WalshDarren Walsh says caring for his father, Irving, transformed him into a different person.

Darren Walsh hadn’t talked openly about what he went through with his father before I gave him a call last month in Chicago. At first, he was hesitant to talk about himself. It was what his father went through that was foremost in his mind.

Irving Walsh, a successful businessman, had raised three sons with considerable sacrifice and devotion. A fiercely independent, sociable man, he was living alone at age 85 when Darren got a call that his father was in a Montreal emergency room, in serious condition. Darren, who is unmarried, hopped on a plane, and within a few days doctors had saved Irving after draining fluid buildup around his heart.

Coincidentally, Darren, 40, had left his job as a lawyer at a global consulting firm only a few days before. “I have to say I believe there was some element of fate here,” he told me, describing how he spent the next year and a half at his father’s side as the older man survived intensive care, then underwent months of rehabilitation, then tried out assistance living, which he felt wasn’t right for him, then returned home.

Along the way there was a misdiagnosis of cancer, a bad fall that resulted in a hip fracture, and many more hair-raising trips to the hospital and other complications. Darren used all his negotiating skills to make sure Irving got the best possible care while managing his doctor’s appointments and medications. But still, it wasn’t easy.

“I don’t think anything I’d done up to that point can match what I did for my dad,” Darren said. “You learn whatever you thought your physical and emotional limitations were, you stretch beyond them to do what needs to be done. If anything, it’s made me a better attorney because there is no problem that’s going to come my way that is bigger than the life and death issues I dealt with with my dad.”

Irving died in October 2010 a few months after hip surgery, only days from being discharged from rehabilitation. “I don’t think there’s any way to go through the caregiving experience without coming out on the other side a different person,” Darren said.

One of the things he learned is that it takes time to process the experience of caregiving. “It’s almost like your brain is careful not to open up the fire hydrant” of emotions, he said, and “it lets it trickle out in bits and pieces.”

“What I saw with my dad may be a glimpse of what lies down the road for me,” he continued. “So now, if I have the ability to go for a run or lift weights or go for a walk outside, I’m not going to take it for granted. I’m going to go out there and do it and now, more than ever, live life.”

One emotion Darren said he will not feel is regret. “I never wanted my father to feel he was going through any of this alone, and there will never be a day when I’ll say I should have been doing something else. While the memories are sometimes painful, most of all they’re rewarding.”

I will report on more caregivers in the next post, and please feel free to share your own after-caregiving thoughts and experiences in the comments below.