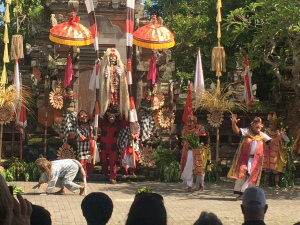 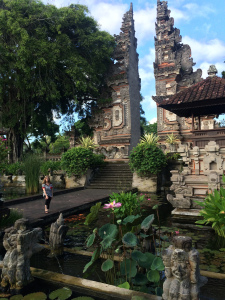 I love to travel but I hate to fly so I tend to plan trips that involve few flights but lots of territory. My most recent trip was to Southeast Asia, beginning in Indonesia and ending in Cambodia. It began with a land tour of Bali before I hopped a small ship owned by Voyages to Antiquity to travel to Java, Indonesia, Singapore, Malasia, Vietnam, Thailand and Cambodia. The trip took all of February 2015 including flights to and fro.

After a 20 some hour flight to Denpasar, Bali, I was escorted to my hotel, the Nusa Dua Beach Hotel, on the southern peninsula of the island. The hotel was absolutely stunning and only a 15 minute trip from the International airport, which was such a relief after the long flights. Bali, which lies just south of the equator, typically has hot and sunny days with beautiful beaches and plenty to see.

I started my tour, as most tourists do, by attending a Barong and Keris Dance in a small nearby village. The Barong and Keris Dance illuminates the battle between Barong, a lion-like creature in Bali mythology who is King of the Spirits and his sworn enemy, the demon queen, Rangda. The dancers in full regalia, dance to the music of a gamelan orchestra of traditional Balinese instruments and act out the eternal struggle of good and evil. 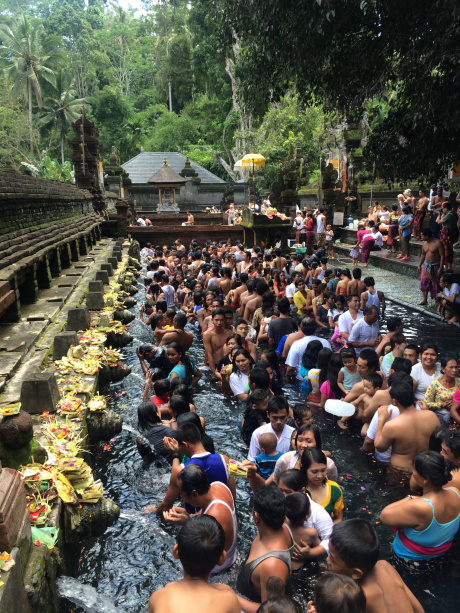 Next I traveled to a water temple. The Tirtha Empul Temple is a Hindu Temple located in a valley between two hills with large springs that are considered sacred by the local residents. They are seen as sites where one can melt away all bad influences in the body and purify the soul and mind. Tirtha Empul Temple, or better known as Tampak Siring Temple or Holy Water Temple, is a place to cleanse the self from the bad influences in life. It is where one can discover the traditional showers sourced from the springs at this temple. The water that comes out of the shower is believed to eliminate all kind of diseases and any other adverse effects. The temple is famous in Bali, often visited by locals as well as tourists, since it has been appointed as one of the major tourist destinations.

Another temple that I visited was Tanah Lot. 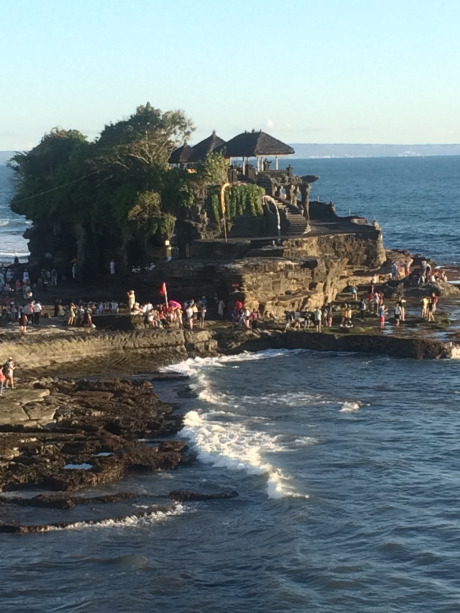 Tanah Lot Temple is one of Bali’s most important landmarks, famed for its unique offshore setting and sunset backdrops. An ancient Hindu shrine perched on top of an outcrop amidst constantly crashing waves; Tanah Lot Temple is simply among Bali’s not-to-be-missed icons.

The onshore site is dotted with smaller shrines alongside visitors’ leisure facilities that comprise restaurants, shops and a cultural park presenting regular dance performances. The temple is located in the Beraban village of the Tabanan regency, an approximate 20km northwest of Kuta, and is included on most tours to Bali’s western and central regions.

On my final day in Bali, I spent time shopping in the arts community of Ubud. An exciting and active town, Ubud, in central Bali, is far removed from the beach party scene in Kuta, and is regarded as the cultural centre of Bali. It is famous as an arts and crafts hub, and much of the town and nearby villages seems to consist of artists’ workshops and galleries. There are some remarkable architectural and other sights to be found, and a general feeling of well being to be enjoyed, all thanks to the spirit, surroundings, and climate of the place.

After three days in Bali, I boarded a ship to the island of Jakarta and the temple of Borobudur. High on a mountain in Central Java, Borobudur Temple rises up towards the sky. In Buddhist belief, the closer you are to Heaven, the closer you are to the gods. And as you climb the steps of the temple, the jungle landscape of Indonesia revealing itself in every direction, you can understand how the people who built this masterpiece felt more connected to the ethereal than the earthly. 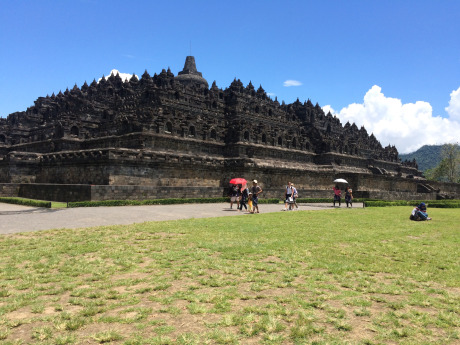 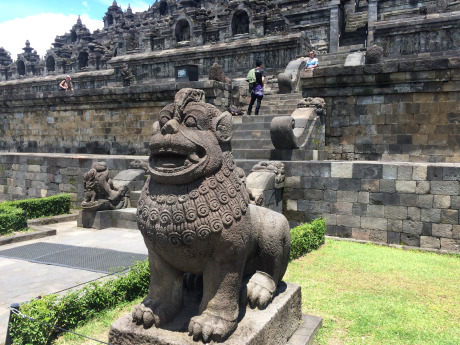 Next stop: Singapore. The city state of Singapore is like no other. While Asian in location and the predominant culture, it’s temperament is purely International. A British colony at one time, it’s now a thriving, metropolitan city that is governed like no other. People who live in Singapore rave about their lives. Even in a city of ten million people, the transportation runs on time and the streets are navigable. The government has a hand in making this work so well. Everything is regulated down to taxicabs drivers, who would be in serious trouble if they overcharged or broke the law. While the square miles are few and the population, dense, citizens have to purchase a permit before buying a car…and permits are quite expensive. Because of this, only a small percentage of the population has a vehicle. With extensive public transportation, it’s easy to make your way around Singapore without wheels. 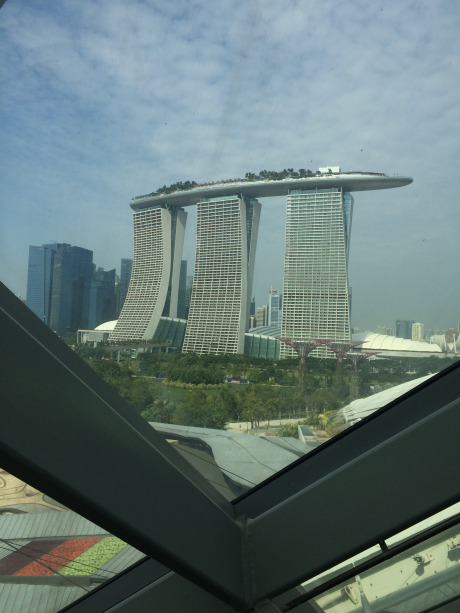 Besides being a spectacular urban experience, Singapore has some of the most amazing gardens in the world. Travel along Orchid Road to the Gardens by the Bay, with its sci-fi metal trees and gargantuan biospheres. 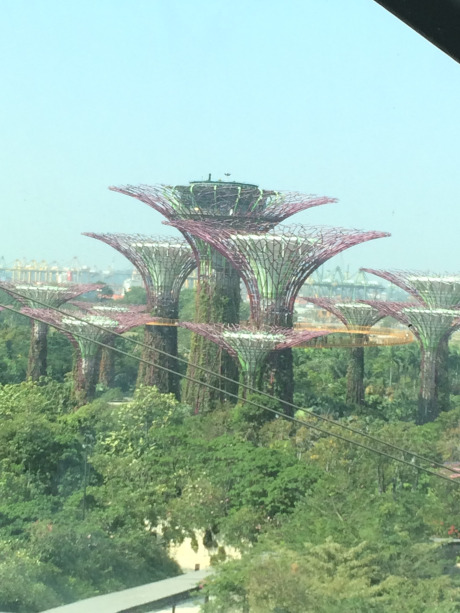 The closing days of my trip to Southeast Asia were spent in Cambodia. Cambodia lies due west of Vietnam, but is still light years behind Nam in terms of emotional, social and economic recovery from the war years…and the Pol Pot regime. The people of Cambodia still speak of Pol Pot and the devastation of that time as though it happened yesterday. Because of this, Cambodia is still reeling from the loss of over one million people and is only beginning to make a halting recovery. It is a land of magnificent temples and industrious people, who are slowly limping back from unbelievable loss and devastation.

My visit began in Phnom Penh and ended among the mind-boggling ruins of Angkor Wat and the nearby town of Siem Reap. I must say, Cambodia was the high point of the trip for me, in spite of its struggles. I can’t say enough about Angkor Wat. The pictures could never do justice to the ruins. And to think that at one time, these same ruins arose out of the jungle covered with paint and gold and jewels and mirrors is almost beyond comprehension. What a sight that must have been! 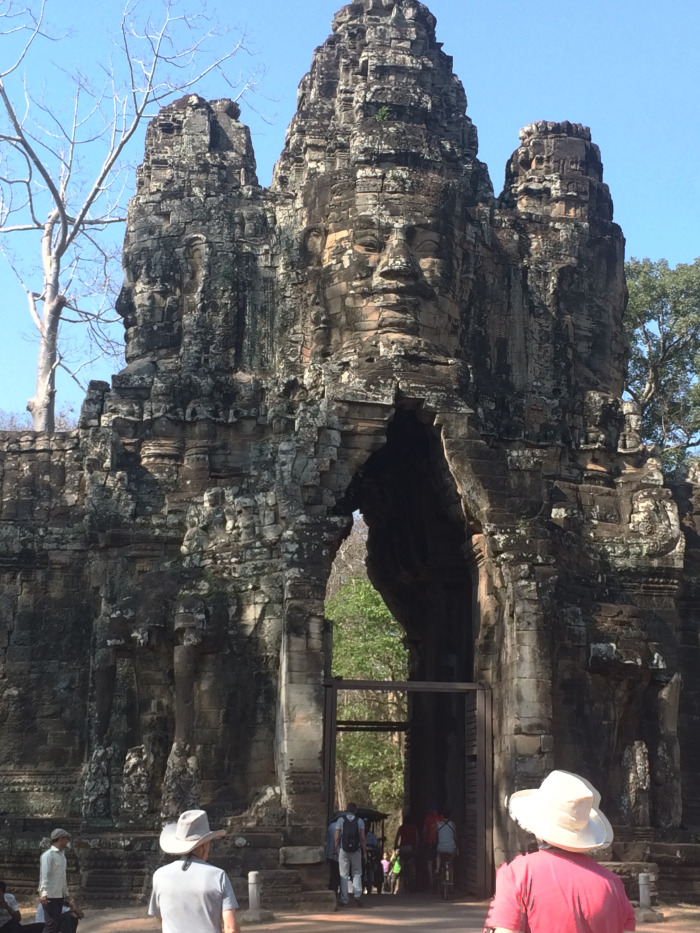 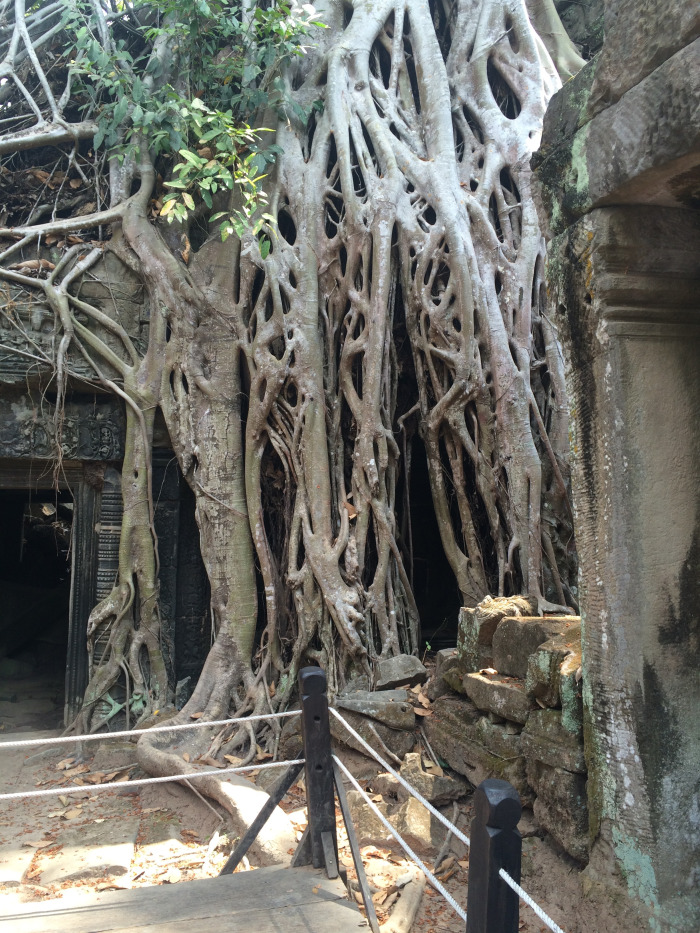 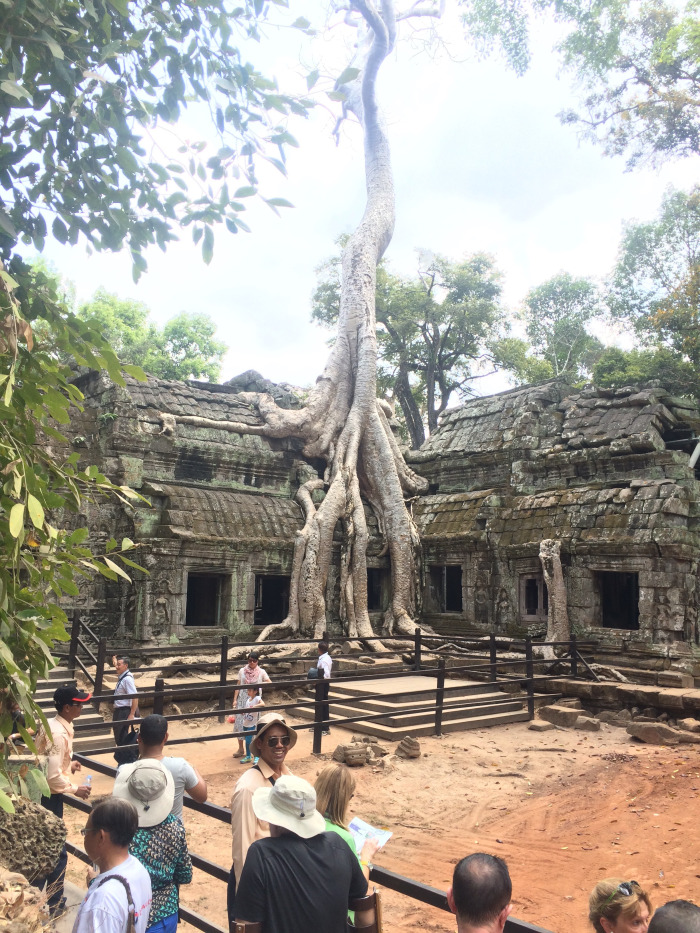